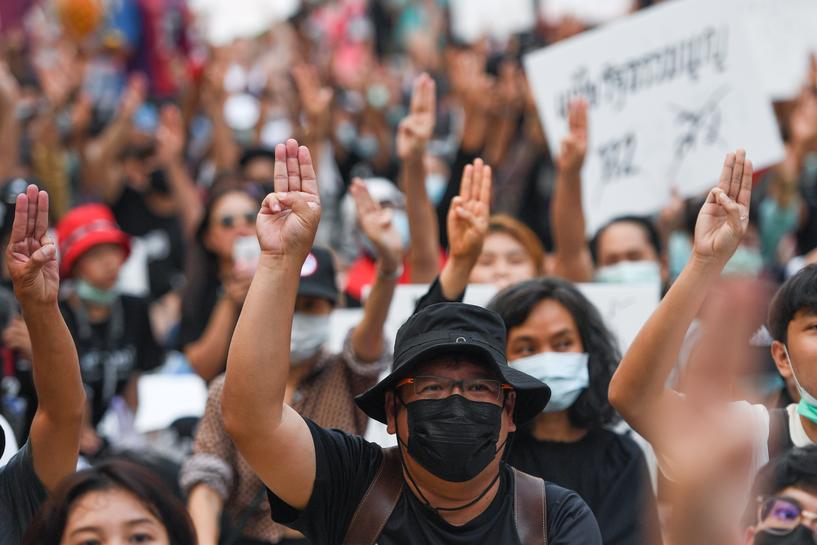 Thousands of protesters gathered in Bangkok, Thailand on Wednesday to demand reform of the monarchy and the release of jailed protest leaders, days after one of the most violent demonstrations since they began last year.

More than 30 civilians and police were injured in a clash near the palace on Saturday, after police used water cannons, tear gas and rubber bullets to disperse the rally. Thailand’s youth protest movement has posed the biggest challenge to Prime Minister Prayuth Chan-ocha’s government, a former army chief who seized power in 2014 from an elected government.

The protesters have also demanded curbs to the power of the King and the abolition of a strict law that mandates up to 15 years in prison for insulting the monarchy. Criminal cases have been mounting against protest leaders.

Italy too Strong for Northern Ireland

Parents have a constitutional right to refuse vaccination of their children