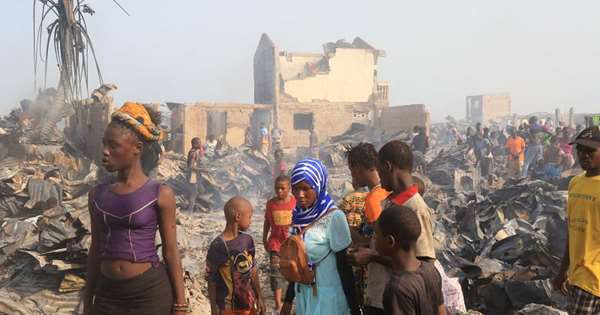 On the evening of March 24, a fire completely destroyed the slum of Susan’s Bay, on the Atlantic Ocean, one of the largest in the city. The authorities have not recorded any deaths but 409 people were injured and 7,093 people were affected by the disaster.

Almost three-quarters, 73% of disaster victims sleep outside, while 16% stay with host families and 5% in their homes, according to the disaster management agency. The government has pitched 53 tents and is currently providing water to around 5,000 people, according to Sinneh Mansaray.

Of this district of barracks built on unsanitary land reclaimed from the sea, on the edge of the historic center, there are only piles of metal sheets and rare walls blackened by smoke. Despite a soil full of diamonds, Sierra Leone, a former British colony, is one of the poorest countries on the planet.

WHO finds no evidence Covid originated in Wuhan lab

Young people have the power to create change

India: Christian boy dies after 46 days in hospital after being attacked with acid