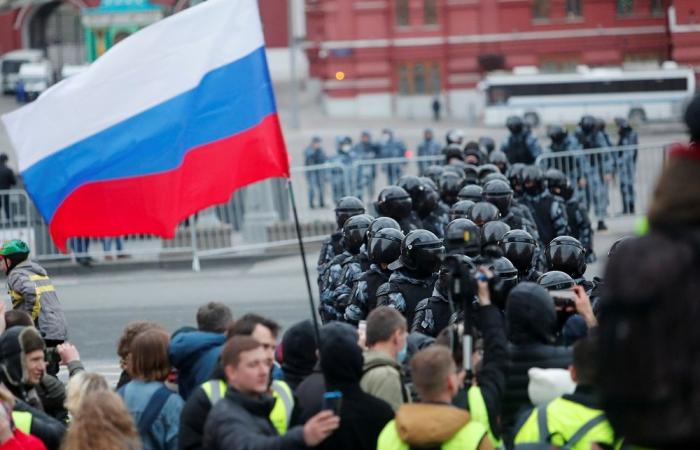 Police rounded up more than 1,700 protesters on Wednesday as Russians in dozens of cities took part in rallies organised by allies of hunger-striking Kremlin critic Alexei Navalny over his failing health in jail.

His spokeswoman was jailed for 10 days, and another close ally detained, on the same day that President Vladimir Putin delivered a state-of-the-nation speech warning the West not to cross Russia’s “red lines” and pointedly made no mention of Navalny.

OVD-Info, a group that monitors protests and detentions, said 1,782 people had been arrested, including 804 in St. Petersburg and 119 in the Urals city of Ufa. Protesters in central Moscow chanted, “Freedom to Navalny!” and “Let the doctors in!”. Navalny’s wife Yulia joined the rally in the capital, where demonstrators chanted her name.

The opposition had hoped the rallies would be the biggest in modern Russian history, and presented them as an attempt to save Navalny’s life by persuading the authorities to allow his own doctors to treat him.

Rizwan shines for Pakistan in T20 victory over Zimbabwe

South Africa: Why are the wheels of justice turning so slowly?

Special election broadcast of ‘The Article’ with Innocent Semosa