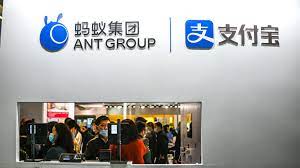 China has imposed a sweeping restructuring plan on Jack Ma’s Ant Group, the fintech conglomerate whose record $37 billion IPO was derailed by regulators in November, that will see the group become a financial holdings company among other things.

News sources are for the first time reporting details of the latest round of meetings and the discussions about the future of Ma’s control of Ant, exercised through a complicated structure of investment vehicles. Officials from the central bank, People’s Bank of China (PBOC), and financial regulator China Banking and Insurance Regulatory Commission (CBIRC) held talks between January and March with Ma and Ant separately, where the possibility of the tycoon’s exit from the company was discussed, according to accounts provided by the source familiar with the regulators’ thinking and one of the sources with close ties to the company.

The company hoped Ma’s stake, worth billions of dollars, could be sold to existing investors in Ant or its e-commerce affiliate Alibaba Group Holding Ltd without involving any external entity, one of the sources with company ties said.

Canada: Premier Doug Ford gets emotional and apologizes for missteps on the draconian lockdown orders

Uber, Bolt drivers: We are not making any profit