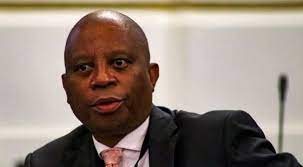 Action SA Leader and Johannesburg former mayor, Herman Mashaba says his party will contest in the upcoming Local Government Elections and has put his hat in the ring to run as Johannesburg Mayor. Mashaba has asked residents to endorse him as the Johannesburg Mayor. He was speaking to our reporter Innocent Semosa on an exclusive interview.