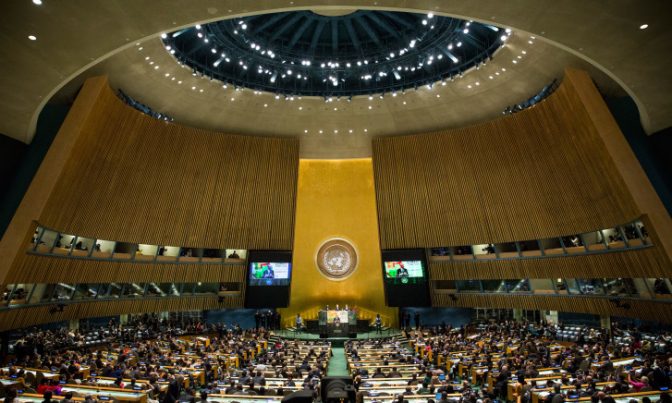 A number of the world’s leading climate scientists are showing their true colors by advocating the use of a dangerous technology as the solution to environmental degradation and climate change.

The Paris Climate Conference and subsequent Paris Agreement was an absolute failure. Not only was the entire premise flawed from the beginning, but the entire conference was a facade attempting to hide the influence of corporations on governmental policies. The Paris Agreement itself was another black eye to indigenous communities who attempted to have their voices heard, only to be drowned out by corporate colonization. Outside of the conference was not much better, with Paris resembling a police state stripping away free speech rights from protesters.

In a joint letter publicised by several of the world’s leading climate scientists state that the Paris agreement offers “false hope” and will not prevent further harm to the Earth. The letter, which carries eleven signatures including professors Peter Wadhams and Stephen Salter, of the universities of Cambridge and Edinburgh, warns that the Paris Agreement is dangerously inadequate. Because of the Paris failure, the academics say the world’s only chance of saving itself from rampant global warming is a giant push into controversial and largely untested geo-engineering technologies that seek to cool the planet by manipulating the Earth’s climate system.

According to a report by scientist Ben Kravitz of the Carnegie Institution for Science has shown that releasing sulphate aerosols high in the atmosphere would scatter sunlight into the atmosphere. He says this could decrease the amount of sunlight that hits the ground by 20%, as well as make the sky appear more hazy. Ironically, the promotion of geoengineering might actually cause more harm than good, including an increase in droughts.

Boris Johnson: Covid-19 could be detected in the water supply