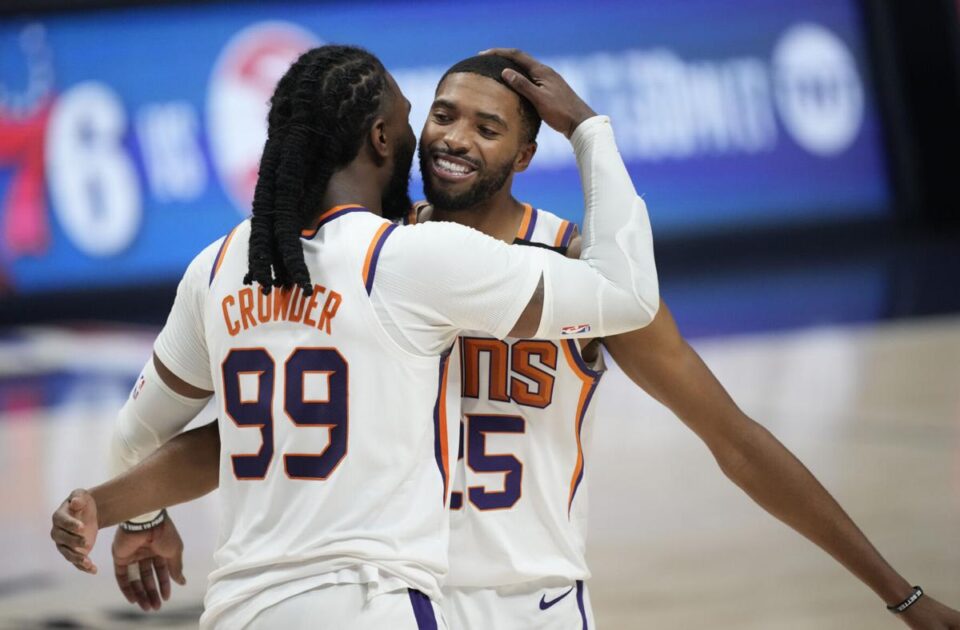 The Phoenix Suns reached the Western Conference finals for the first time in 11 years with a 125-118 win over the Denver Nuggets – sweeping their best-of-seven series 4-0.

Chris Paul top-scored for the Suns with 37 points while team-mate Devin Booker added 34 points and 11 rebounds.

The game was marred by the ejection of NBA Most Valuable Player (MVP) Nikola Jokic late in the third quarter.

He recklessly swiped for the ball but struck Cameron Payne in the face. Serbian Jokic and the Suns’ Booker had to be separated by players, coaches, and officials after squaring up to each other in the aftermath.

Jokic finished with 22 points and 11 rebounds as team-mate Will Barton led the Nuggets on 25 points.

Failed Vaccine Agenda: Serbian tennis player Novak Djokovic gets denied access into Australia because he refuses to get vaccinated!