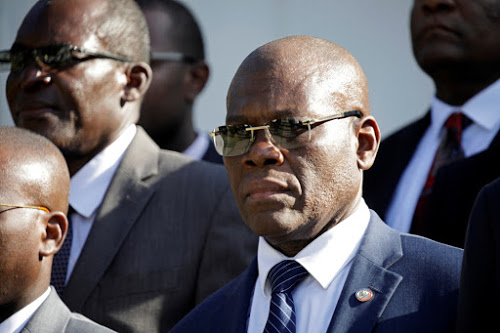 Some say they can’t help but notice that so far two presidents who said no to vaccines are dead, first the highly respected John Mogafuli and now President Jovenel Moïse.

Just last Month it was noted that Haiti was amongst the countries who offered doses under the Covax Facility. But the government- to be specific President Jovenel Moïse initially declined AstraZeneca shots, citing side-effects and widespread fears in the population.

It was cited that Haiti, is the only nation in the Western hemisphere that hasn’t vaccinated a single resident against Covid-19. Responding to the reports the country’s Ministry of Health general director Laure Adrien said. “Haiti did not reject the offer of vaccines from Covax, but only asked that they change the vaccine they were providing them.”

Haiti only had 15,435 coronavirus cases and 325 deaths due to Covid-19, the bought media tried twisting that fact in the same way they reported Tanzania’s law Covid-19 cases by saying the true scope of the problem is obscured by the lack of widespread testing.

It then evident that the late Haiti president had become an enemy of the deep state in his stance to say no to the vaccines, and they have used the country’s current unrest as an opportunity to kill him. This is a tactic that has been used in many African countries for as long as the West had interests to protect.

U.S President Biden hosts leaders from Africa at summit amid rivalry from China