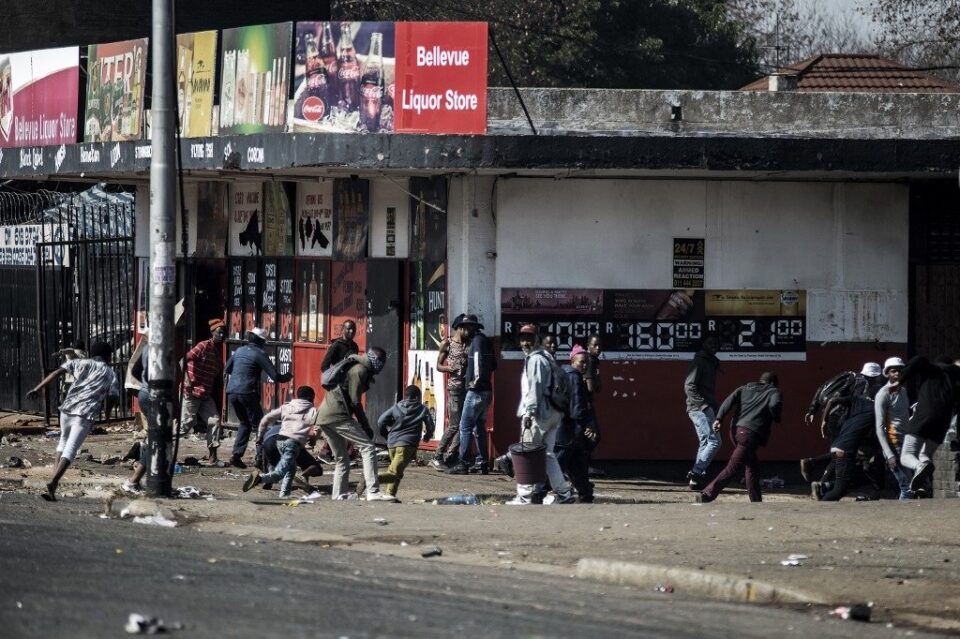 Roads block off several trucks and commercial property were set ablaze since Friday in KwaZulu-Natal, the home of former South African president Jacob Zuma, whose supporters have been on a fiery rampage and looting spree in protest of his 15-month prison sentence.

Violent unrest also broke out in areas around Johannesburg, today, linked to the spate of pro-Zuma protests in recent days. Cars were torched and offices looted at Jubilee Motors along Jules Street. Police patrolled the street and fired rubber bullets.

Alexandra, a group of 800 demonstrators reportedly attacked and opened fire at police officers who have now received medical attention. Police have arrested 62 people.

South Africa: 443 lose their lives in the KZN floods and 63 others still missing