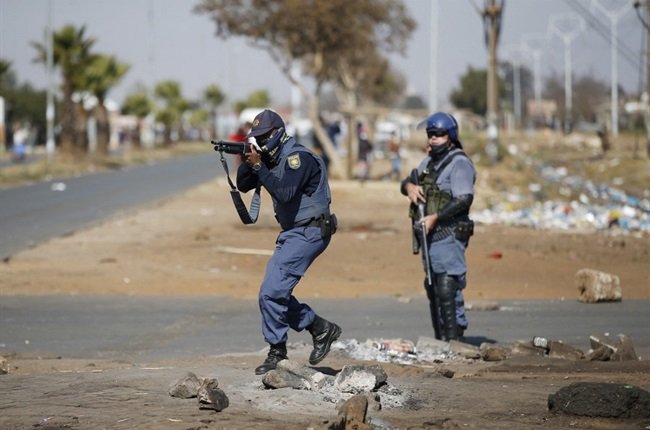 Some residents watched as a helicopter circled the mall and police continued to fight off those who tried to continue looting.

Police fired rubber bullets in the mall parking lot as looters retaliated with stones and bottles. At Jabulani and Dipkloof Mall, also in Soweto, a security guard watched on helplessly as looters rampaged through a Shoprite store, and the entire mall, stealing fridges and slaughtering livestock from the store’s butchery.

“They arrived in the morning, and there wasn’t a lot of them. The police arrived, fired rubber bullets and left, but when the police left, they came back.

South Africa State Capture: SA riots are a warning sign for the government