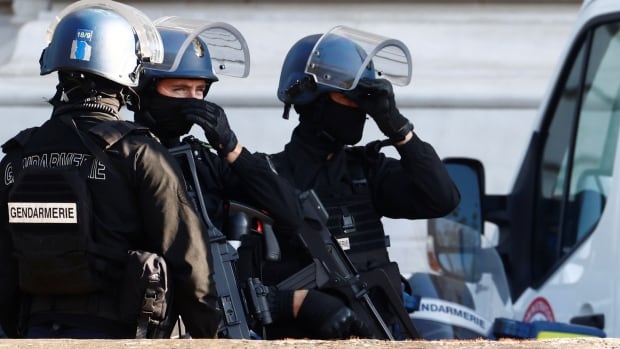 The only surviving member of the group suspected of being behind the 2015 Paris attacks says he and his fellow accused are “being treated like dogs”.

Salah Abdeslam and 19 other defendants are being tried in Paris over the attacks which left 130 dead. The trial, which is expected to last nine months, began on Wednesday.

The shooting and bombing assault by Islamic State (IS) group extremists was the worst post-World War Two attack in France. French media report that Abdeslam shouted from the dock, saying he had not complained in the past because he would be “resurrected” after death.

There will be more than 140 days of hearings involving about 330 lawyers, 300 victims and testimony from François Hollande, who was French president when the attacks happened. Ahead of the trial, Mr Hollande told French media that this was an important moment for the victims of the attacks, which he called an “act of war” at the time.

IS admitted carrying out the co-ordinated attacks on the Bataclan concert hall, a major stadium, restaurants and bars on 13 November 2015.

‘The Article’ with Innocent Semosa

Brazil’s president, Jair Bolsonaro told WHO chief that “People are dying after the second vaccine dose”