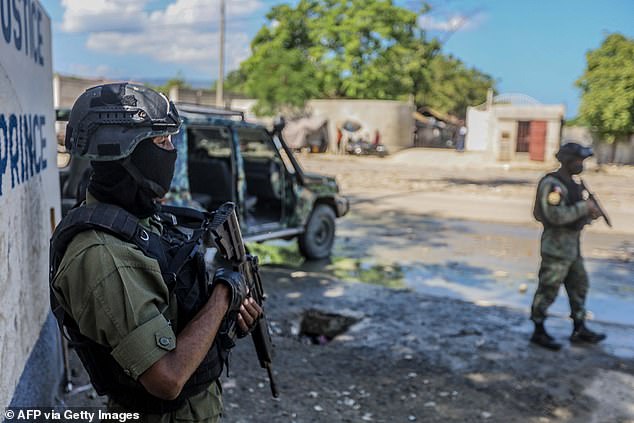 A group of missionaries and their family members, including children, are reported to have been kidnapped by an armed gang near Haiti’s Port-au-Prince.

Reports say 15 people were taken off a bus after visiting an orphanage. Haiti has one of the highest rates of kidnapping in the world, as powerful gangs exploit the lawless situation to make money from ransom payments. Since the killing of President Jovenel Moïse in July, rival factions have been trying to gain control and the lack of security has intensified the daily struggle to survive of many Haitians.

Earlier this year in April missionaries were also abducted in the same neighborhood of Croix-des-Bouquets, a commune east of the capital, Port-au-Prince. The kidnappers demanded a $1 million ransom for the group.

Kidnappings for ransom have surged in recent months in Port-au-Prince and other provinces, reflecting the growing influence of armed gangs in the Caribbean nation. In March, the Haitian government declared a month-long state of emergency to restore state authority in gang-controlled areas, including in the capital.

The number of kidnappings in Haiti has been increasing at an alarming rate. Still reeling from the economic chaos caused by the assassination of President Jovenel Moïse in July and a 7.2 earthquake that, once again, decimated the country in August, Haiti’s economic and political turmoil has contributed to what some experts are calling a kidnapping crisis.

The crisis is further evidenced by the fact that during the first three months of 2021, approximately 10% of all reported cases in the Americas occurred in Haiti, despite the island-nation having less than 1% of the region’s population. The actual number of cases is likely to be even higher, as a significant number of cases are not reported amid mistrust in the authorities or fear of retaliation by the criminals responsible.

The already feeble economy contracted by 1.7% during 2019 and by a further 3.8% in 2020. Meanwhile, the country has experienced double-digit inflation for most of the past five years. This has led to an erosion in the already meagre purchasing power of most Haitians and has pushed the country’s poverty rate to almost 60% of the population, according to figures by the World Bank published in May.

Gangs have capitalized on the scant job prospects, welcoming hundreds of youths into their ranks in recent years. They have grown so powerful that they now wield territorial control over entire neighborhoods in urban areas, particularly in greater Port-au-Prince where they have successfully repelled operations by security forces.

Despite the widespread poverty rates, conditions for kidnapping remain ripe. The richest 20% of the population hold almost two-thirds of its wealth, providing a relatively large and attractive pool of potential victims in the country.

In fact, independent official records show that gangs overwhelmingly target local nationals. Since 2018, almost 95% of all kidnap victims were Haitian citizens. This is also the reason why the overwhelming majority of kidnaps take place in urban areas, especially in Port-au-Prince, where the wealthiest nationals generally reside.

Russia developing strategy to replace the U.S Dollar in trade with Africa