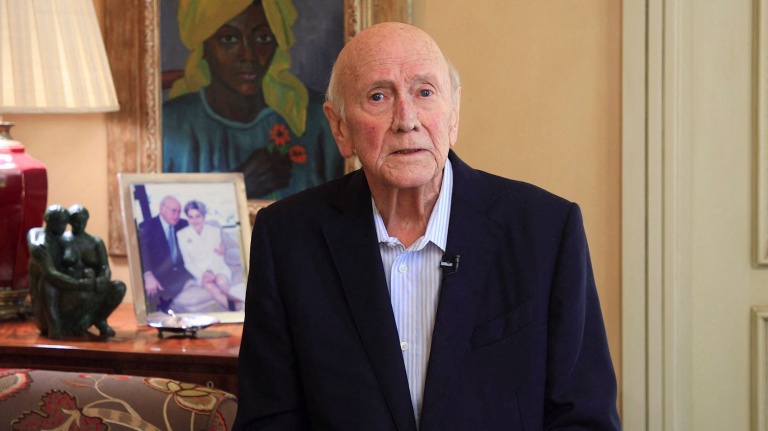 F.W De Klerk’s funeral to be private ceremony for family only

The funeral of former president, FW de Klerk, who died last Thursday at age 85, will take place on Sunday 21 November in a private ceremony, his foundation said in a statement.

De Klerk, who won praise worldwide for his role in scrapping apartheid and shared the Nobel Peace Prize with Nelson Mandela in 1993, has a complex legacy that left many grappling with conflicting emotions following his death.

The country’s Black population remains angered by his actions during apartheid and for his failure to curb political violence in the run up to South Africa’s first democratic elections in 1994. Many argued against him being granted a state funeral, a privilege his foundation’s statement confirmed he is not set to enjoy.

After his death, his foundation published a video in which he finally apologised for his role in apartheid in South Africa.

Ricardo Maarman: “No evidence shown that a virus exists”