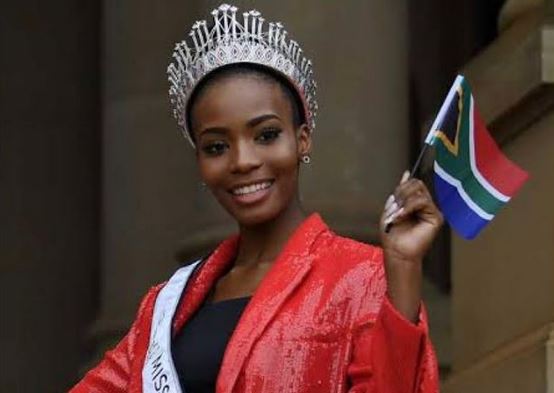 South Africa’s government withdrew its support for the Miss SA, Lalela Mswane’s pageant ahead of the Miss Universe contest which took place in December last year in Israel.

The development drew a lot of criticism and controversy. Organisers of Miss South Africa of course refused to boycott the event, despite the government’s advice to withdraw from the competition.

South Africa’s contestant then later came 3rd in the competition, in a vindication that put a smudge on those who had criticised her participation.

This comes after the Richards Bay born model won Miss SA and subsequently, decided not to withdraw from the Miss Universe beauty pageant held in Israel.

Following this, the South African government collaborated with these reactionary forces to withdraw support for Lalela Mswane citing and quoting “the atrocities committed by Israel against Palestinians.”

The unfortunate statement released by the Department of Sports, Arts and Culture against Mswane had condescending undertones and at some point called for her common sense to prevail.

Transhumanism: Is it already here?

WorldView: Transhumanism – the plot to control your life

City of Joburg vs EPWP workers: ILAWU picked in Johannesburg