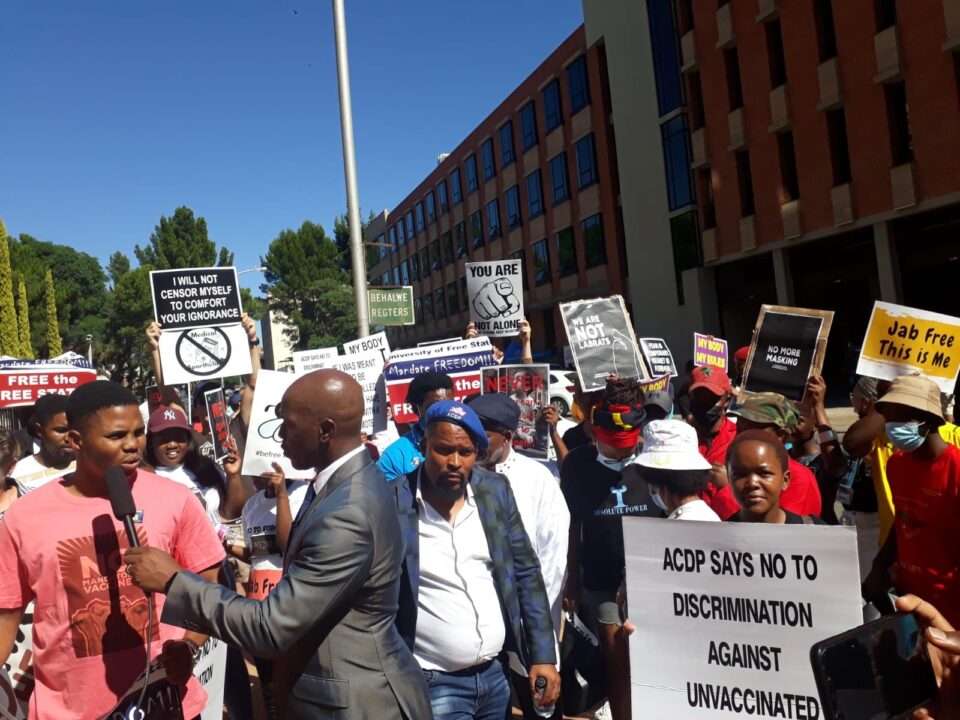 This past weekend, students in South Africa took a stand by taking the government to court and protest again the forced vaccine mandates put in place for Univerisites and colleges across the nation.

Holding placards, written all sorts of statements that support their statements such as “Stop vaccine mandates, my body my rules and no to experiential vaccines” singing in unity in front of the court left the judge “terrified” said a witness.

The judge left to foresee the situation was left with no option but to take the case to those above her, post ponding the case to the 23rd of March 2022.

A deep state that had its hopes in capturing and controlling humanity is now left in shivers as more and more people wake up to the scam that this plandemic is!

Monkeypox hysteria possibly a cover up for Covid vaccine after effects